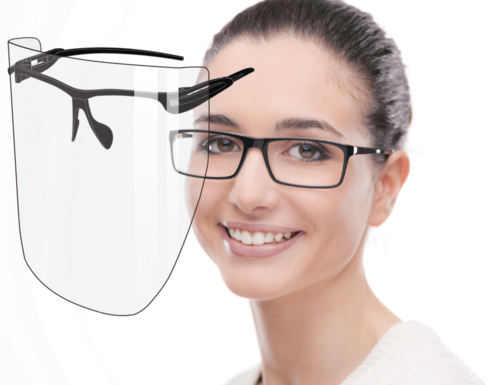 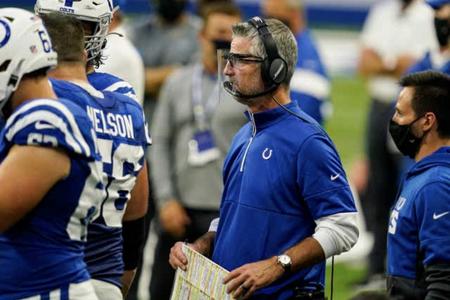 #1 QUality Face shield in the US

#1 QUality Face shield in the US 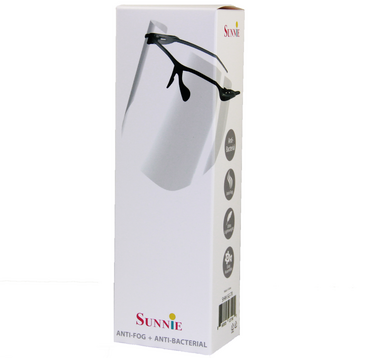 BRANDON, Miss. (WLBT) - A Brandon man is making a name for himself the NFL.

However, it’s not due to his athletic ability, instead it’s the work being done by his company.

When the COVID-19 pandemic first began, Lee knew he wanted to created something to help keep children and teachers safe while in school.

As a result, they started creating the face shields.

“I wanted to send the students to school so I created something for the children to use,” said Lee. “I knew it had to be safe and clear, so I made a very safe product.”

Lee said his face shields don’t fog up, and the frames don’t break no matter how much you bend them.

But after watching a NFL game where a head football coach wore a face shield that was fogging up, Lee decided to send his product to all 32 teams for them to test out.

“The Washington Football team head coach Ron Rivera called me and I was like... ‘who is this?’ He said, ‘I’m Ron Rivera and I want to try out your face shield.’ I was shocked,” Lee recalled.

Of the those teams, four of them, the Philadelphia Eagles, Denver Broncos, Las Vegas Raiders, and the Washington Football team, got in touch with him to order the face coverings.

Lee believes the face shields are perfect for the NFL for a few reasons.

“Coaches have to focus on the game, my face shield is so light it’s like a feather,” Lee described. “It’s also like sunglasses. They wear sunglasses, so it’s so clear view, with anti-fogging and anti-bacteria. I’m so happy personally, but I’m more happy that a Mississippi company is providing face shields to the NFL.”

While he’s excited about NFL coaches wearing his product, Lee says there’s a bigger picture at hand. His mission is to continue putting out a comfortable and durable product that’ll help prevent the spread of the coronavirus.

Or Denver’s loss at home to Tampa Bay. Neither of those games were available in Brandon, Miss., where Lee works in residential and commercial painting.

But he soon found out that he needed to find some video, particularly of Colts head coach Frank Reich and Broncos head coach Vic Fangio on the sidelines. Text messages and calls started flooding his phone.

Reich and Fangio were wearing his Sunnie face shields.

“He sent it to me a couple weeks ago,” Reich said. “I just kept it there, and then I said, ‘All right, I’m going to try it this week.’ The reason was, I want to obey the rules, and I don’t want that to be an issue, and sometimes when I was wearing (the cloth mask), it was just falling down a little bit. I didn’t want that to be a factor.”  [Indianapolis Colts head coach Frank Reich on the sidelines in the second half of an NFL football game against the New York Jets in Indianapolis, Sunday, Sept. 27, 2020. (AP Photo/Darron Cummings)]

Indianapolis Colts head coach Frank Reich on the sidelines in the second half of an NFL football game against the New York Jets in Indianapolis, …Show more

Lee sent the mask to Reich right after the NFL’s season opener between the Kansas City Chiefs and Houston Texans. Kansas City head coach Andy Reid went viral for wearing a face shield that fogged up so badly it appeared he couldn’t see the field. Watching the jokes fly by at home, Lee had one thought.

He sent a shield to every one of the NFL’s 32 coaches.

Lee had started building his Sunnie USA shields in June. The idea — to build an unbreakable, anti-fogging, antibacterial face shield designed to help prevent the spread of COVID-19 — initially came because he wanted to help get teachers and kids back in school, and he knows that younger children need to see a teacher’s mouth while speaking.

The design he created, a glasses frame with a shield attached, costs $17, according to his company’s website.

But the school districts he wanted to help overwhelmingly opted for similar, cheaper products made in other countries, easier to find on websites like Amazon and eBay. According to Lee, one shield product on those websites can be sold by dozens of different vendors, making it hard to break through in the search engines.

“We didn’t have good success,” Lee said. “I tried to explain why ours is superior and better, but the schools, you have to bid on it. Price is more important. They aren’t looking for high-end stuff like mine, they’re looking for one-time use, throwaway stuff.”IndyStar covers the sports you love
Support our award-winning sports journalism and get unlimited digital access today!

Masks have become a hot-button issue in the NFL this season. Five coaches — Fangio, Seattle’s Pete Carroll, San Francisco’s Kyle Shanahan, Las Vegas’ Jon Gruden and New Orleans’ Sean Payton — were fined $100,000 individually and an extra $250,000 organizationally for not wearing their masks enough on the sidelines in the first two weeks of the season.

For coaches who call plays, some masks can be problematic.

But Reich and Fangio were happy with the face shields Sunday, and now more teams are starting to call Lee. The Raiders called. So did the Philadelphia Eagles.

Washington head coach Ron Rivera called Lee personally, trying to figure out if the shield would fit on his glasses — Lee says the product is designed to be worn with glasses.

“They’re all trying it out in practice first, to make sure it works,” Lee said. “I think more teams are going to use it next week.”

Lee is hoping the NFL’s use of his shields can help him realize some of the ideas he’s had for the product.

He’d still like to get shields into the hands of teachers, and Lee says he’s willing to donate 1,000 to districts near teams who take the Sunnie Challenge, an online challenge he’s trying to start in which participants try to break the shield. He’d also like to help out former NFL players who might need a shield.

And he’s still working. As good as he thinks his first design was, Lee says he’s been working on another, one he plans to send to coaches like Rivera and Reich.

“I’m going to send him the updated version,” Lee said. “I’m working on something new.”